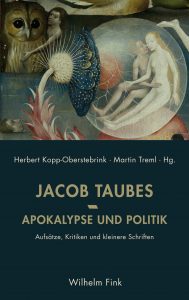 Apocalypse and Politics.
Their interaction in transitional communities

The greater part of the world today is still undergoing problems of industrialization and of the formation of democratic institutions, analogous in many ways to our own experience during the Industrial Revolution. No one who has studied the successive stages in the development of the nationalist movement in Asia, African and Latin America can fail to be aware of the influence exerted by western political practice and example. But we must be careful what conclusions we draw from this fact, and particularly sceptical about the opinion, common among western political commentators, that the European impact was the catalyst that brought about the reawakening of Asia and Africa. The transformation of Asian and African society by western industry and technology was a major factor in the transformation of the underdeveloped areas. But the technological change by itself would not have accorded to them an independent position in the world unless it had been accompanied by an internal »self-consciousness« which is not merely an epiphenomenon of the economic or technological substructure.

I propose to study the »messianic« self- consciousness in nativist communities, especially the transformation of millennial dreams into political action. I believe that this inflection of the general analysis might contribute to a better understanding of the social and political dynamics of the underdeveloped areas. I am inclined to think that the peculiar interaction between religion and revolution in the »colonial heresies« needs special attention if a deeper understanding of the development of nationalist »self-consciousness« in Asia and Africa is to be achieved.

The specific element in the colonial movements is the relation between oppressed peoples of inferior to oppressors of superior technology or culture, and their major interest for others than students of comparative religion lies in the way in which, through their cults, the oppressed seek to come to terms with, and eventually to control a new social situation.

For the elementary alternatives of the most primitive spiritual reaction to conquest – war to expel the whites (as with the cults which inspired the risings of Tecumseh and Sitting Bull) or a total evasion of the new reality by the expectation of the world’s end (as in sixteenth-century Brazil), are soon found inadequate. Cults may arise which seek chiefly to re-establish social equilibrium after the catastrophe of white irruption, seeking to bring under control the vices introduced by the whites (as among the Iroquois and in the Peyote Cult, both with a marked bias against alcoholism) or the proliferation of indigenous evils, such as witchcraft.

Very soon however, the problem of absorbing and controlling the new western power and technology emerges. The Melanesian cargo cults look forward to the arrival of the millennial cargo of the white man’s goods, which will enable the native to get rid of the white man and to enter the age of abundance. What is more, certain ideas and institutions of the white man – forerunners of western revolutionary ideology – become the nucleus of salvation within the oppressor’s civilization. The example of the Salvation Army of the 1930s is absorbed by the followers of the Congolese prophet and martyr Simon Kimbangu as against the »false teachings« of the orthodox missionaries, as during the Second World War the concept of the »German Father«‚ victor over the hated Belgians. After the war the Americans are awaited as messenger of God. More generally, the revolutionary dialectic of the colonial heresy is expressed in the aphorism of the Zulu prophets: »First we had the land and you had the Bible; now you have taken the land, but we still have the Bible.«

However, the most interesting effect of the cults of liberty and salvation lies in the creation of newer and larger communal solidarities, the ancestors of nationalism. Thus among the American Indians the Peyote religion breaks down tribal exclusiveness and helps to establish a pan-Indian consciousness of separateness from, and increasingly of opposition to, the whites.

To be sure, there are a multitude of ethnographic studies dealing with special areas from Polynesia to the Rocky Mountains and from Nyasaland to Brazil but little has been done toward a general theory of the interaction of colonial heresies and nationalist revolutions in the underdeveloped areas. A first step was taken by Vittorio Lantenari, Movimenti religiosi di libertà e di salvezza dei popoli oppressi, 1961. It offers a comprehensive survey of the religious underground of the colonial liberation movement. But Lantenari’s descriptive survey, continent by continent, of the cults of liberty and salvation tends necessarily to become a mere conspectus of global sectarianism based on a somewhat simplist analysis of the various types of prophetic and millennial colonial heresies.

As a working hypothesis, but one which will need constant reexamination in the light of available evidence, I assume that the rise of messianic cults has been constitutive for the awakening self-consciousness (in the guise of messianic ideologies) in Africa and Asia. The determinations of Asians and Africans to maintain or reshape or, where necessary, create their own »personality« has taken several forms.

What happened at scores of points of contact between western and native societies was the destruction of the economic substructure of tribal society and ultimately its transformation into an urban and industrial proletariat. Necessarily this resulted in a weakening of traditional religions, beliefs and habits which were intimately bound up with the ancestral soil. The consequent »conversion« of primitive communities to (a reinterpreted form of) Christianity provided in the first stage a point around which a new sense of community might crystallize. The tribal communities, however, which usually received the Christian (eschatological) message through western missionaries tend to blend some motifs of the Old and New Testament with traditional beliefs and so at a second stage the Christian acculturation serves to unleash in these primitive societies dormant revolutionary forces that otherwise would never have come to the fore. The eschatological Christian hopes, which are muted or even suppressed in the institutionalized western churches, thus break through in the primitive context with the elemental force: the expectation of an impending destruction and renewal of the world in which the tribe will occupy a privileged position may reaffirm in an original way the cultural and political autonomy of the primitive society as separate from and superior to the missionaries in particular and western industrial society in general. Causes which were lost and aspirations which were thwarted in the west might, in Asia or Africa, yet be won.

The rapid economic and social change during and after the Second World War created a new social structure. The most spectacular aspect of this change was the process of industrialization in Africa and Asia, parallel in many ways to that which took place in Europe during the eighteenth and nineteenth centuries. As in Europe, the process of industrialization in Asia and Africa threw up a new stratum of tough, emancipated politically active men ready to follow a charismatic leadership in its efforts to secure the fulfillment of millennial dreams. Although historians and sociologists have recently given more attention to millennarial movements and fantasies, their significance has been partly obscured by the tendency to discuss them in terms of maladjustment and »paranoia«. Thus Norman Cohn, in his interesting study of The Pursuit of the Millennium, is able – by a somewhat arbitrary selection of the evidence – to proceed to generalizations as to the paranoiac and megalomaniac notion of »the Elect«, and the chronically impaired sense of reality« of »chiliastically-minded movements«. When messianic movements gain mass support: »It is as though units of paranoia hitherto diffused through the population suddenly coalesce to form a new entity: a collective paranoiac fanaticism« (Norman Cohn, The Pursuit of the Millennium, 1957, p. 312). One doubts such a process of »coalescence«. Given such a phenomenon, however, the historical problem remains – why should grievances, aspirations, or even psychotic disorders, »coalesce« into influential movements only at certain times and in particular forms?

The elites developed an ideology by which to distinguish between modernization which seemed necessary and westernization which as a form of alienation was to be avoided. I should like to inquire into the role of messianic beliefs in shaping the new nationalism of Asia and Africa.

The first step of the research will involve the compilation of a comprehensive and systematized bibliography on millenarian movements; the second the construction of a typology mapping out the various inflections of the relation between millennial dreams and political action patterns; and the third the application of this scheme to these messianic cults and ideologies which played a catalytic role in the rise of nationalism in Asia and Africa.

The importance of the various small communities which exemplify the general process typical of the underdeveloped areas – the restoration of shattered cultural and political identities – has come to the fore in several ethnographic studies by Worsley, Lantenari and others. What has been, however, neglected is the analysis of the interaction between these »static« models of messianic cults in »closed« tribal communities and the »dynamic« models of messianic ideologies in the nationalist mass movements of Asia and Africa. This analysis can neither be accomplished with the established canons of a specialized ethnological research directed toward area studies nor by a summary political research and it may well be the contribution that a sociology of religion is best suited to make to this problem.